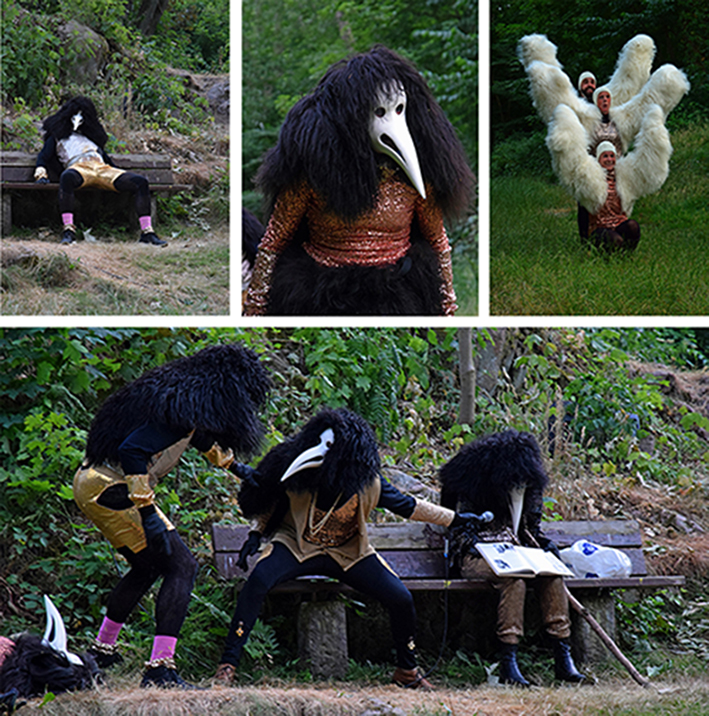 In five weeks, four actors created a performance without a script and specially made for Holkadalen, a magical and rocky valley in Gudhjem. The rooks are coming! was a visual farce about masses and individuals, inspired by the bird life of Bornholm. A performance about being in the right place in a world that is both local and global. About those who came here first, those who arrive, and those who are just passing by.

in collaboration with Bornholms Teater and Svanekegaarden. Supported by THE STATE ART FUND